Roger Waters, Noam Chomsky, Alice Walker, Hedy Epstein and other leaders write to the EU Commission about controversial Days of Jerusalem at the EU Capital of Culture Pilsen 2015

Well known personalities have signed an open letter to the EU Commission demanding that events organized as part of the European Capital of Culture comply with the EU foreign policy, avoid misinforming or manipulating the public for political interests of third party countries, and avoid being used to whitewash illegal acts. 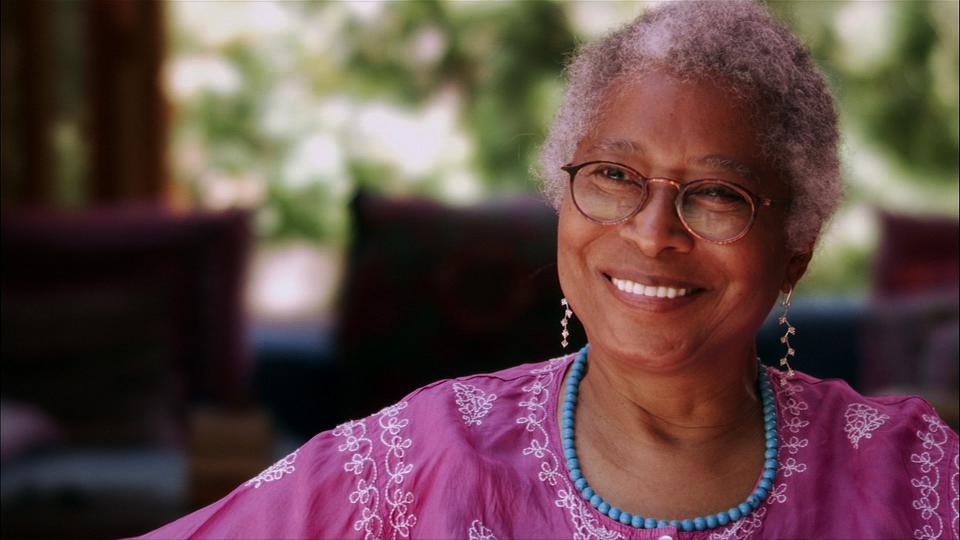 Roger Waters, musician and founder of Pink Floyd; Noam Chomsky, linguist and philosopher; Alice Walker, writer and poet, and Pulitzer price winner; Hedy Epstein, member of Jewish Voice for Peace and holocaust survivor; and other well known personalities from around the world – academicians, artists and public figures from Europe, USA, Palestine and Israel, have turned to the EU Commissioner for Culture, Mr Tibor Navracsics, and to other EU bodies responsible for the selection and monitoring of the European Capital of Culture, regarding the Festival “Days of Jerusalem” held in Pilsen in 2015. A copy of the letter was sent also to the President of the EU Parliament and to the President of the EU Council, as these institutions set out the criteria for the European Capital of Culture.

The personalities state that “the label European Capital of Culture is being used to help legitimise claims deemed illegal by the international community,” and mention the scheduled event Days of Jerusalem, which is through ostensibly apolitical means “part of a political strategy to secure legitimation of annexation of Jerusalem by the State of Israel.”

“The Days of Jerusalem festival presents a false image of Jerusalem as a unified, Israeli city to the Czech and international public. Through soft means, the event conveys the same message as the Israeli government – an insistence that Jerusalem is an indivisible city and the capital of Israel. However, the city of Jerusalem has been twice declared by the UN a Corpus Separatum rendering its annexation by Israel in 1980 illegal. European Union supports this line and has never confirmed Israeli annexation of Jerusalem,” states the open letter.

Among other signatories of the open letter there are personalities from the EU, Israel, Palestine, as well as South Africa – British film director Ken Loach; general coordinator for the Russell Tribunal on Palestine Pierre Galand; Israeli historians Shlomo Sand and Ilan Pappé; academician Haidar Eid from Gaza, Palestine; scientist, author and the director of the Palestine Museum of Natural History Mazin Qumsiyeh; Palestinian writer Susan Abulhawa; former UN Special Rapporteur on Human Rights in Occupied Palestinian Territory John Dugard, and many others. The letter is also signed by a range of organizations – the European Coordination of Committees and Associations for Palestine (ECCP), under which umbrella there are more than 50 organizations and initiatives in Europe; Israeli human rights group Boycott from Within, and the Palestinian General Federation of Trade Unions and University Teachers’ Association from Palestine. Many endorsements are from the USA – by Ann Wright, US Army Reserves Colonel and former diplomat; Raymond L McGovern, former CIA analyst; and Chris Hedges, author and Pulitzer Prize-winning journalist with Truth Dig; and by members of Jewish organizations such as Jews Say No! and members of the US Boat to Gaza.

The signatories are asking the EU to take the necessary steps “to ensure that no event held as part of the European Capital of Culture official programme is breaching the EU foreign policy, misinforming or manipulating the public for political gains of a third party state, or whitewashing illegal acts.” The letter follows an open letter to Pilsen 2015 European Capital of Culture, in which prominent figures of Czech political and public life called on the organizers of Pilsen 2015 to step down as hosts of the Days of Jerusalem festival.

The original letter to the EU Commission in English: https://ism-czech.org/2015/05/20/open-letter-to-the-eu-commission-the-european-capital-of-culture-helps-legitimise-illegal-annexation-of-jerusalem/

The controversial festival takes place for the third time

The “Days of Jerusalem” festival is taking place in the Czech Republic for the third time. The event is held on the 18th and 19th of June, 2015 in Pilsen, and in Prague from the 20th until the 22nd of June.

The event was criticized last year as a one-sided presentation of Jerusalem as an Israeli city by the Palestinian embassy in Prague. Jewish Israeli activists from Boycott from Within also sent an open letter last year to the Mayor of Prague, criticizing the festival as “an official Israeli propaganda event” celebrating the “United City of Jerusalem” and whitewashing the occupation, racism and the ethnic cleansing of the city’s Palestinian population. They called on the city of Prague to “to immediately cease its complicity in these crimes and join the global campaign for equality, freedom and justice in Jerusalem and throughout historic Palestine.”

Several weeks ago, prominent figures of Czech political and public life called on the organizers to step down as hosts of the Days of Jerusalem festival. In their reply, the organizers stated that the festival will go on, as in their view the festival is purely “apolitical”. News about the open letter to Pilsen 2015 appeared for example on The Electronic Intifada. Some Czech media on the other hand highlighted a petition organized in support of the Days of Jerusalem and of the Mayor of the city of Pilsen.

“Upon receiving the answer from the organizers with their statement that the festival will go ahead as planned, we decided to approach the responsible bodies of the European Union which granted the title European Capital of Culture to the city of Pilsen. That’s why we initiated the open letter,” states Vojtěch Srnka, one of the organizers of the open letter.

Jerusalem does not belong to any state

In 1948, Jerusalem was declared, by the international community, a city that does not belong to any state. Nevertheless, in 1980, Israel declared Jerusalem its indivisible capital, and by doing so, de-facto annexed it. “Even though the international community never accepted this step, Israeli representatives continue to hold that Israel is the capital of their country. This stance was reiterated on Sunday, the 17th of May at the Jerusalem Day celebrations with the words of Israeli Prime Minister Benjamin Netanyahu: “Jerusalem has always been the capital of the Jewish people alone and not of any other people,” notes Srnka.

The partners of “Days of Jerusalem” precisely constitute the authorities of the State of Israel, which promote such policies; the Israeli Ministry of Foreign Affairs, and the Embassy of Israel in Prague. “The Jerusalem Municipality, which is directly complicit in forced transfers of original inhabitants, and house demolitions, is also participating in the organizing of the event,” states Srnka, adding: “In the past, the event was partly funded from the budget of the State of Israel, through the Embassy of Israel in Prague, as stated by the director of the festival Marina Šternová. According to Šternová, “Days of Jerusalem” is a year-long budgetary priority.”

Director of the festival: “Get to know Jerusalem as we know it in Israel”

In an answer to the open letter, the organizers of Pilsen 2015 shield themselves with the apolitical nature of the “Days of Jerusalem” event by saying that Jerusalem is not being presented as an Israeli city, merely a multicultural one:

“That simply isn’t the case,” notes Zdeněk Jehlička from the Not In Our Name! Initiative – For a Just Peace in the Middle East, and adds: “The reason is that, apart from the partnership, financial and organizational support from the State of Israel, the notion this event is trying to spread is in complete contradiction with the aforementioned statement. That is, the notion that Jerusalem is an Israeli city, which we could already pick up on in most of the media, and especially the way this festival’s management has been informing us in the past years.”

“By deliberately using apolitical means, Jerusalem is presented as an Israeli city,” says Jehlička and adds: “This was confirmed by Marina Šternová, the director of “Days of the Jerusalem”, when last year in an interview with Czech television she stated: “Through film, through dance, through music, through the Jerusalem cuisine, we wanted people to have the opportunity to get to know Jerusalem as we know it in Israel.” Last year’s “Days of Jerusalem” is indeed presented on their website as “Jerusalem culture beyond the borders of Israel.

Effective masking of the occupation, forced transfer of indigenous population, colonization and apartheid

“The aim of the festival is to bring closer the reality of the city,” as stated on the “Days of Jerusalem” website.

The organizers of the “Days of Jerusalem” campaign are convinced, that – no matter how much the festival is attempting to create a concept of “a cultural, apolitical project,” and emphasize the “apolitical nature of art” or the “non-politicizing” essence of project and refuse any “political reasons” that would hinder the interest of the audiences in the culture of Jerusalem – as is written in a statement by Pilsen 2015 organizers in their reaction to the open letter – the fact remains that the festival very effectively conceals the reality of Jerusalem.

“Foremost, it effectively conceals the reality of East Jerusalem, which is included and presented as a part of Israel, in which however, there occur forced relocations of Palestinian populations, house demolitions, illegal confiscations of Palestinian land, revocations of residency rights of Palestinian citizens and other grave violations of international law. Some acts even constitute war crimes and crimes against humanity. In this apolitical event, however, we will not hear of such problems. For it would become clear that culture is being exploited for the concealment of an uncomfortable truth of a 48-year long ongoing military occupation of East Jerusalem,” adds Zdeněk Jehlička.

This entry was posted in Kampaně and tagged Days of Jerusalem, Dny Jeruzaléma. Bookmark the permalink.